Why do things stand still at any horrific instance? Wouldn’t it make sense that your body would want to force the future on yourself? Immediately try to push past what just happened? Why does shock work like that?

Monday, December 18th, 2017, around 6 o’clock in the morning. I check Twitter immediately when I wake up for some reason. Everything felt normal, relatively: My room was hot, my head hurt from the fan being on, I dreaded waking up for school. Normal.

Upon unlocking my phone, I saw tweets up and down my timeline, saying the man who helped me find new meaning in music, in poetry, took his life, and was on the way to the hospital.

Kim Jonghyun was born April 4th, 1990 and started his life as a musician in the SM Entertainment group SHINee who debuted in 2008. He sang with so much passion and soul, and set a standard for k-pop artists at the time, and even to this day. He spoke frequently about the ups and downs of life and how depression isn’t always black and white despite the lack of discourse about mental health in Korea. He spoke for the voiceless. He actively spoke against war, against racism and sexism, against hatred against LGBT people. He had no filter for all the right reasons. He was never a person with a skeleton in his closet. Never one with a gross tale about assault or appropriation. He was just a good, wholesome person who wanted to be happy.

I got into SHINee, and Jonghyun, through a friend of mine who’s been a fan of theirs since debut. It was one of those things that was immediate. I established myself as a permanent fan maybe a week later. The school year continued and I found myself hyperfixated on them, so much so that I could hardly think of anything or anyone else. Eventually my obsession died, and it turned into a genuine appreciation for the music and culture, but I was able to enjoy the things I enjoyed before I met them. It felt odd, getting into something as trivial and childish as boybands. I’ve been trying to be so mature for the majority of my childhood I barely had time to gush over members and their haircuts. This new interest reminded me there are things that can just provide a release for you without draining you. I found myself only listening to music that made me cry, think, hurt, reminisce before k-pop. I was making myself miserable for what, I wonder? To make art? Just to feel? I don’t know, up until now. I just know I hurt a lot in 2016 and early 2017. I think me getting into K-pop helped me cope with my move. It was only 6 months ago I started indulging in it, but it made things feel normal, like I was allowed to continue with my life and not be sad simultaneously.

My relationship to Jonghyun was something I’d like to think was more than just idol-fan. Of course, it was just that. But he gave so many different things to each one of us. He let us cry, he spoke to us frequently through his radio show, he told us about his true feelings, his good days, his bad days. It was a friendship. He was someone I thought I’d grow old with, with or without k-pop. He was someone I disregarded so much for. A language barrier didn’t matter. Distance didn’t matter. Money didn’t matter. His music very much fell in line with who he was, and yet it was even more beautiful than he was. Something about the way the words flowed even in rough English translations was so… raw? Passionate. Angelic. He sang about love, sadness, going out with friends, his seasonal affective disorder. He was an open book, he held nothing back. I think that’s what made this loss so hard. He already told us everything.

We all were surprised. About an hour after news broke out, there was a good two hours of hope in which we heard from Korean fans hanging around the hospital, that they were going to try to resuscitate him. They failed. I lost one of the most important people in my life in a matter of hours. I cried hysterically for days, stifled bawl sessions when around my family. I couldn’t smile for a while, I felt guilty. There was this great big hole in my chest now, and it only helped to listen to his music. How was I supposed to deal with losing him when I used him to cope with virtually everything? I felt numb, I felt sick, I wanted to be with him for so long, even up until last week. Things never seemed like they would get better.

I spoke to him, 8 days after we lost him. I sat on the floor in my grandmother’s living room and I cried and I stared at the moon and I spoke to him. It sounds really stupid, but I believe wholeheartedly his soul is floating around in the night sky. I haven’t seen the moon in many nights, but I speak to him anyway. He’s okay now, and he’s watching.

It’s odd what death does to you. For me, this is the only real one I’ve ever experienced in my all of 16 years. I can’t imagine how awful this timing was for other fans of his, for those who actually did take their life to be with him. I’ve had fits where I remember what his note to his sister said, where I think about how the other members and his friends are feeling, where I wonder how his dog is doing.

I never know what to say when people ask me how I’m doing. There’s no real answer. My sadness comes and goes in waves. Maybe there will be a time I think of him and it’s only good thoughts. For now, I’m still trying to share his impact. I’m still telling people to buy his last album, his goodbye to us. I’m still telling people what he’s done for me and how sweet he was and how beautiful his laugh was because that’ll never die. What he gave to us is eternal and I can only be grateful for what he gave his fans what he gave the music industry, what he gave his friends.

I don’t want anyone reading this to think it doesn’t get better. There’s always life after death. You’re not extra for crying maybe once a month for your loved one, no matter the level of intimacy. We cope however we must, I just pray it’s only in healthy ways. I pray you remember you’re loved as well. I don’t remember what my initial intentions were for this piece, was it supposed to be a tale of my journey through love and loss, or a lesson for those grieving? Both? I hope whatever this is wasn’t lost on you. 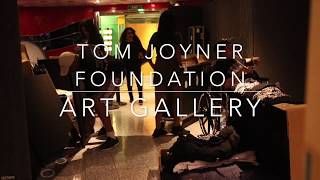